Your Apple Mac does not need computer security: Myth or not?

There is a widespread misconception in the mainstream computing market that Apple Macs are more secure than Windows machines. In fact, some staunch Apple lovers even feel that since virus threats for Macs do not exist, no system protection software is essential. But how accurate is this belief?
Our expertise in the computer security industry shows us that Macs are not immune from malicious software and viruses under any circumstances. The fact that Windows machines constitute around 90% of the PCs in the world means that malware authors target Windows with greater intensity. Malware development requires considerable resources and time so it is inevitable that a platform which is used more widely will be targeted more. Unfortunately, fewer numbers of Mac users has led to the false assumption that Macs are completely secure and invincible.

Mac goes mainstream: Malware inevitably follows
In the last few years several cases of Mac malware have been discovered. The most infamous discovery was the Flashback malware which infected more than half a million Macs all over the world thanks to yet another Java security hole. Moreover, Forrester Research claims that there has been a 52% increase in Mac numbers in 2012. This rise in usage is not just restricted to home users; many businesses and government institutions have also adopted Mac as their platform of choice.

The growth in market share of Macs all around the world has led to the realization that security threats do exist for this platform. Additionally, malware authors have also realized that developing for the Mac platform is not worthless and can pay off. Naturally, as the platform goes mainstream, more users will be targeted by social engineering tricks and be susceptible to malware threats.

For many years, Apple propagated the notion that Macs are more secure than Windows as a selling point. However, now that the number of Mac users has increased over time Apple has now changed its tune. Now, Apple incorporates a feature known as Gatekeeper in Mac OS X Mountain Lion which regulates the sources from where a Mac user can install apps from. This implies that Apple has also realized the importance of malware security over their platform.

Importantly, most security threats arise due to user negligence and habits regarding malicious documents, websites, USB drives, torrent downloads and email attachments. Apple also releases security patches from time to time but a lot of users neglect these as they are under the assumption that the patches are not required. Some users also stick to older OS versions due to hardware constraints and increase their vulnerability as a result.

Breaking down the myth of Mac invulnerability
The truth is that Mac OS X is targeted less by attackers because it is not as widespread as Windows; not because it is more secure. In the case of phishing, the vulnerability usually lies with the user and not with the machine. Even the iTunes App Store is not completely secure. If you thought the browser, Safari, is more secure than Internet Explorer then you would be wrong. As far back as 2009, 94 threats were found in Safari compared to 41 in IE. Data found in 2012 showed that about 1 in 5 Macs has at least one strain of malware present. Also, about 1 in 36 Macs has serious OS X based malware. 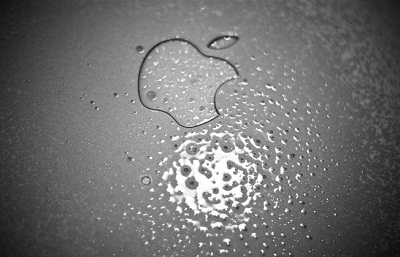 It has also been said that Mac security is a good 10 years behind that of Windows. This is understandable since Windows security has been functional for many years now and is well versed with malware codes and programs. Apple needs to master the recognition of malware codes and also work on improving its update cycles.

The underlying point here is that if you are an owner of an Apple Mac, then you need to start taking web security more seriously. For far too long it has been widely believed that Macs are invincible and immune from security threats, but this myth has slowly broken. So are you willing to disbelieve the myth or not?