2012 has seen various malware threats and international cyberespionage tools evolve to new heights. However, the PC still remains the most accessible device for invading homes and planting malware. The number and nature of malware received by the Quick Heal Research & Development Labs in 2012 highlighted this fact.

The findings of the Annual Windows Malware report show that Windows still remains the most targeted OS all around the world and major malwares are created primarily for this platform, thanks to the massive user base. There are several social engineering tricks that attackers use to inject malware into the machines of victims and 2012 has seen a 170% rise in malware modifications and variations.

Furthermore, there was a 90% rise in Windows malware in 2012 and Trojans were most popular as they comprised 68% of total samples. The primary cause for this can be attributed to the exploitation of plug-ins like Java and also the widespread nature of drive-by downloads and active polymorphic attack techniques. Pirated software also carries increased risks of malware and this is something that users should be extremely cautious about. You can also refer to our Android malware report 2012.

2012 was a busy year for Windows based malware and we received close to 38 million samples of malware in this period. This is a massive number that cannot be taken lightly. The month of November saw the most activity with close to 5 million samples coming in. February, on the other hand, saw close to 2 million samples as the lowest total. 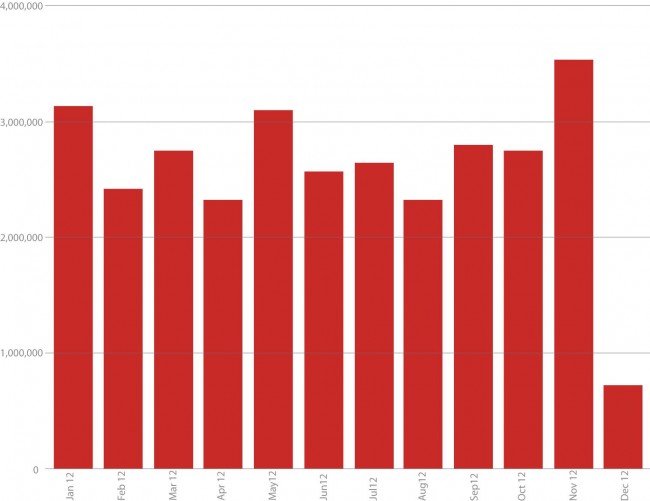 The most common form of malware were Trojans which accounted for 68% of the total number. The next most common family were backdoors which attempt to sneak in and take low-level control of infected machines with 13% of samples. Viruses, adware and worms were the other notable malware families of 2012. 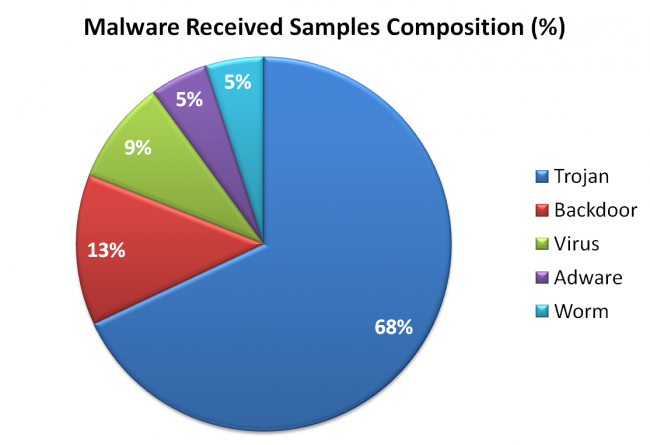 The findings of the Windows Malware Report shows the evolving nature of Windows based malware. There has been substantial growth in malware numbers and the breaching techniques used have also morphed their social and sharing nature. Cloud storage services have opened up doors into machine through multiple portals and this is something that we at Quick Heal Technologies are constantly striving to build protecting against. New features like Browser Sandboxing and Machine Learning aid our users against multi-pronged threats, though the most important weapon we possess against all threats is the power of awareness.

Massive Android botnet invades China: Could India be the next target?