Are you sure you are getting the real BlackBerry Messenger?

The BlackBerry Messenger has been finally rolled out on the streets for Android users. So, while you may be going all gaga over the new and sleek IM, ensure that you are getting the real deal and not just another shady, phony BBM messenger. 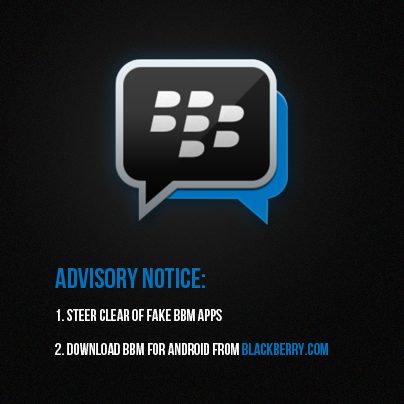 The BlackBerry Messenger for Android was supposed to hit the streets from September 21. But thanks to an unofficial release of the app for Android, the official launch was scrapped. We had discussed this issue in an earlier post, where we advised our readers to watch out for fake BBM apps. And in fact, there were many such apps that popped out in the Google Play store. If you ask me, I came across quite a lot of them.

On October 21, the BBM version for Android device was finally released, and the company clocked 10 million downloads only within the first 24 hours of the launch. It looks like the re-launch has been a mammoth success, and went well without any hiccups.

Advice to our Readers
With 10 million downloads in just one day, and the number still counting, we can but guess the flurry of excitement that must be gripping the entire Android community. And it would be safe to assume that cybercrooks have already started working on fake BBM apps, which they can slip into Google store anytime soon.

So, without ruining the excitement, we would advise our readers to download the BBM app by visiting the BlackBerry official website first – blackberry.com. This is the safest path you should take if you want to get past fake and malicious BBM apps. Also, go through the app’s permissions carefully. Ensure that the app is not asking for any kind of admin rights, because if it does, then it is not the app you want to download on your phone. Most malicious Android apps trick users into giving them administrator rights.

Growth of Android Malware
Speaking of the Android platform, it is known to be the favorite target for malware authors. Malicious apps targeting Android devices are only increasing in numbers. Our Threat Research and Response Team came up with the following finding: 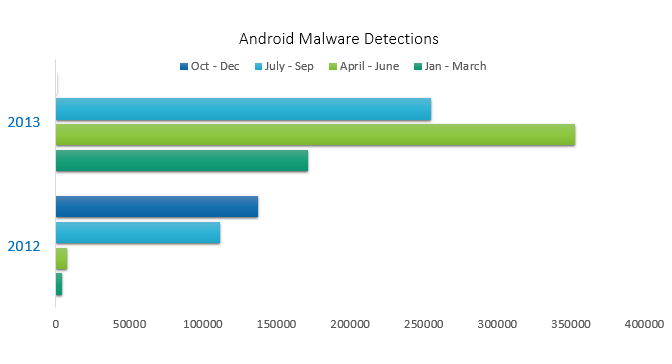 Given the increasing number of malware targeting Android and to some extent BlackBerry devices as well, getting a reliable Android antivirus is a wise step to consider.

Alert! Fake Pokémon GO apps are on the rise