Watch out for Fake BBM apps for Android – they are here to dupe you!

BlackBerry has halted its global release of BBM (BlackBerry Messenger) version for Android and iPhone platforms. What you may have downloaded or are going to download, is a fake (probably malicious) application. 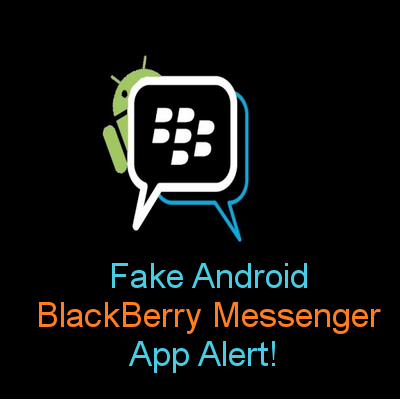 What’s going on?
Back in May, BlackBerry managed to raise quite a lot of eyebrows, when it declared that Android and iPhones users would be able to get their hands on BBM. The Canadian-based company had announced that, the roll-out of BBM for Android users will begin from September 21 and for iPhone users, from September 22. But it looks like, the grand event has encountered a show stopper. BlackBerry has halted the official launch of the messenger for both Android and iPhone platforms. Apparently, an unreleased version of BBM for Android was leaked online, before the official launch. Reportedly, within the first 8 hours of this unofficial release, the company has recorded about 1.1 million activations.

Steer Clear of Fake BBM apps
If you search for BBM on Google Play, you may find multiple apps claiming to be from BlackBerry. As tempting as it might be to install one of them, hold your horses before you do so. The app, definitely a fake, will also be packed with malicious elements.

BlackBerry has declared that as soon as they fix the issue, they will begin to roll-out the BBM app worldwide. However, it has not given any fixed timeline. So, until then, let’s take the “wait and watch” approach.

A Word of Advice for our Readers
Even when the official release of BBM does happen, readers are advised to review the permissions asked by the app, and confirm the news from BlackBerry’s official website. Also, they must go through the ratings and comments posted by other users. This is because, when the official app makes it entry into the Android arena, we wager a slew of fake apps will also follow.

Read more about this news here on the official BlackBerry blog.