Since the time Android made its entry into the Smartphone arena, it ruffled quite a few players; even the big ones. At present time, Google Android grips a tight 51.6% of the US market share (source: www.androidcentral.com, report as of August 2013).

The open source nature of Android has made it the most popular mobile platform in the world. But as they say, every Dr. Jekyll has a Mr. Hide with it. The overwhelming popularity of the green droid, and its staggering market share has placed it on a mantlepiece in the house of hackers and cyber criminals. This is easily evident by the fact that 99.9% of new mobile malware that are spewed by hackers, are designed to target Android. And with the ever increasing use of mobile Internet, Android has easily attracted the attention of budding and seasoned malware authors.

1. Android.FakeRun.A
Android FakeRun.A is an Android Trojan horse. It is designed to display ads on the infected device, to earn money for the malware author.

7. Android.Iconosis.A
Android.Iconosis.A is a Trojan horse designed to steal information from infected Android devices. Once installed, the malware collects the phone number and IMEI number of the compromised device.

8. Android.Aplog.A
Android.Aplog.A is an Android Trojan. It is usually detected as a fake version of legitimate games; Temple Run is one of them.

11. Exploit.Lotoor.Af
Exploit.Lotoor.Af is an exploit design to gain root privileges on Android devices. Once installed, the exploit can gain complete privilege of performing any activity on the compromised device.

13. Android.Badao.A
Android.Badao.A is a Trojan. The malware is designed to manipulate the Short Messaging Service in infected devices.

14. Android.Fakeapp
Android.Fakeapp is a Trojan horse designed for Android devices. The malware displays ads by downloading configuration files without the user’s knowledge.

16. Android.Downsms.A
Android.Downsms.A is an Android Trojan. Once installed, it sends SMSs to premium-rate numbers, and can write to external storage of the infected device.

18. Android.Tatus.A
Android.Tatus.A keeps a record of applications installed in the device, and sends this data to a remote server. It is a Trojan horse.

19. Android.Opfake.E
Android.Opfake.E is a Trojan horse detected on Android devices. It comes bundled with a legitimate version of the Opera mobile browser. 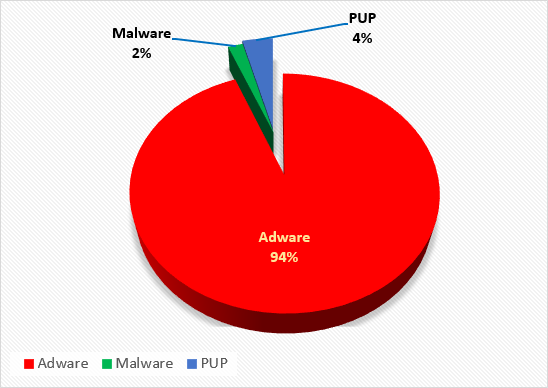 Some Quick Facts about Mobile Security

# Most Android apps ask for too much permission even to perform their basic operations.

# Reportedly, Jelly Bean seems to have a tighter security compared to the previous versions of the Android OS. However, about 50% of Android devices are running some or the other version of this OS.

# Android malware has already hit the one million mark. This is in stark contrast with PC malware, which took almost a decade to reach this level.

# Smishing is a variant of phishing, where phishers use SMSs to trick their targets. It is an identity theft scheme that attempts to steal sensitive information from the victim. This is done either by tricking the victim into visiting a fake website or call a phone number. In some cases, smishing scams also attempt to drop malware on targeted devices.

# Mobile users are more susceptible to phishing attacks than desktop users. This is because, people readily read text or email messages as soon as they hit the inbox.

Android Apps Sources
It is always a safe bet to install Android apps from the Google Play Market or from their official sources. But, if you take a look at the following data, you might get a hint behind the explosion of Android malware in the last few years.

According to a study done by AV-Comparatives, third party Android stores play host to around 7,000 dangerous mobile apps. 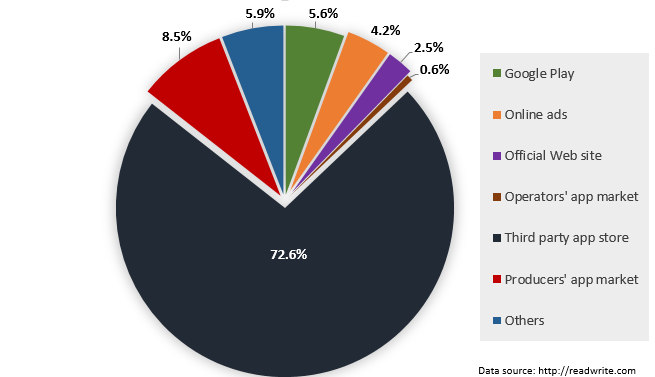 Time and tide waits for none, neither does technology. It keeps moving on with an ever increasing pace. And where technology goes, cyber crime follows. In this report, we presented to you an analysis of the top 20 malware plaguing the Android platform. And that is the just the tip of the iceberg. Malware authors are hell-bent on developing more sophisticated and nefarious malware. Although there is no silver bullet to deal with this situation, taking the right precautionary measures, using a reliable mobile antivirus solution, and keeping ourselves aware of information security should place us at a safer spot.

In our next blog post, we will discuss how these Android malware work. So, stay tuned!