For those of you who are following the news about the leakage of Ashley Madison’s (an American adult dating site) confidential data, this blog post will highlight some more notable data breaches from the year 2015, so far. We are only 8 months into the year 2015 and there are sure to be some more major data breaches and leaks around the corner as well. But so far, the year 2015 has been just as incident packed and highlight reel worthy as the previous years gone by.

The nature of the industries that have been hit so far range from the healthcare industry right to financial and higher education targets as well. Some of these breaches have been flagged and dealt with, while some (like the Ashley Madison) breach are still ongoing and its results are pouring in. With that in mind, here are the top data breaches of 2015.

The first of two major cyberattacks against health insurance providers in the US, this organization ended up losing data of as many as 11.2 million subscribers. The breach led to a severe loss in credibility which in turn led to the company losing some notable business clients as well. Several subscriber details were breached in this attack, and it was later found that the company had been warned about a potential IT security breach a few months prior to the attack.

Anthem is one of the biggest health insurers in the United States. But in February 2015, they lost data of around 80 million patients and employees to a targeted attack on their systems. Apparently, the attack began around December 2014 and continued undetected for a few weeks. During that time millions of people lost their names, birthdays, social security numbers, health care ID numbers, home addresses, email IDs, employment history, income details and more. A report later stated that Anthem had not encrypted the data that was collected by them.

The organization is a health insurance provider from Maryland, United States and it was subjected to a cyberattack in the month of May. Hackers gained access to details of 1.1 million customers of the service provider and these details included their names, emails, birthdays and other subscriber information. The organization has recently been sued by a few of its customers for negligence leading to the data breach as well. So the repercussions of this attack are still being faced by the company.

LastPass is a great service which we use and recommend. It stores all your online passwords and only requires users to log in with one single password. However, loss of that one password can open a can of worms for users and this is exactly what happened. The attack also showed that attackers can easily shift their focus towards security vendors and change the game completely. It is not known how many LastPass users got compromised, but we recommend you change your LastPass password if you have an account there.

It seems even the world’s most prestigious educational institutions are not immune from cyberattacks. This data breach in July affected as many as 8 different academic schools, with Harvard featuring at the top of the list. While it remains unclear what kind of and how much data was actually stolen, this incident highlighted how educational institutions need to invest more resources towards IT security. 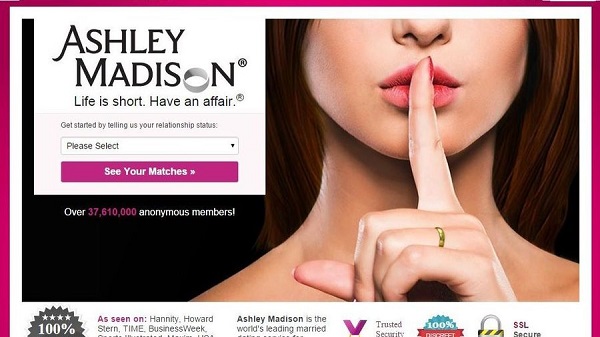 This service is an infamous ‘dating’ app that allows married folks to rendezvous through their systems. The information stored by this service therefore is very sensitive and can potentially destroy thousands of marriages. A hacking team infiltrated Ashley Madison’s servers and stolen data which has subsequently been dumped in the open for all to see. This information contains several high profile names as well and has also led to several spinoff crimes like blackmail and extortion which has also led to cases of suicide. An estimated 37 million of Ashley Madison’s customers have been affected by this murky cyberattack.

Also, have a look at this impressive interactive infographic about the top data breaches around.

Enterprises who regularly store sensitive customer information are strongly urged to invest considerable resources towards their IT security infrastructure. The costs involved are very small in comparison with the costs of a broken reputation and expensive lawsuits. With some more months still to go in 2015, we hope these data breaches are not topped by any upcoming ones.