Social media credentials are always a lucrative thing for threat actors. They use various techniques to get them. Some use overlays with fake user interfaces, some use key-logging, and some use simple social engineering to trap users. Another way threat actors have been used in the recent past is JavaScript code injection in WebView to steal Facebook credentials. The script directly hacked the entered Facebook login credentials.

How dangerous is this?

In case of successful harvesting of Facebook credentials, the hacker gets access to the user’s personal information like personals details, friend lists, relation details, activities, private posts & messages, Photo/Videos, life events, etc. and perform malicious activities such as hackers can

So, losing Facebook credentials to hackers can be very dangerous, as it could lead to several unforeseen consequences.

What Did Quick Heal Security Do For This? 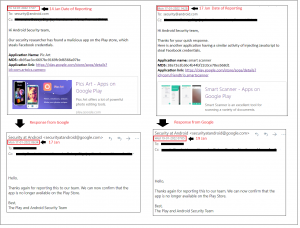 Fig. 2. Mail about application report to Google and Google’s confirmation

Below is a technical analysis of these applications: 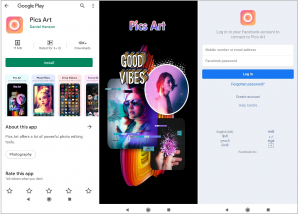 But in the background, this application makes a request to the URL – hxxps[:]//mago[.]qfoster[.]shop/PHP/submit/data.

Fig. 4. shows the code executed by the application to make this request.

Fig. 4. Code for the above request

And application gets the encrypted response which is shown in Fig. 5

Received encrypted data is decrypted by application which is shown in Fig.6. 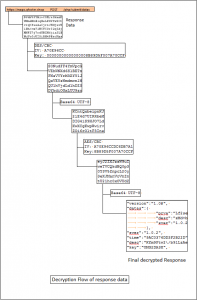 Fig. 7 shows the final decrypted output of this process. This decrypted data is used by applications for further processes. 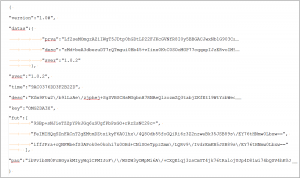 The application saves this decrypted data in the SharedPreference file, i.e. x86m.xml, for future use.

Now, the application uses these values to get the Facebook URL value and JavaScript injection code.

Fig. 10. gives the flow of decryption of this data. It takes the value of the “desc” key from the shared preference file. Then it uses AES/ECB encryption two times, followed by Base64 decryption to get the final decrypted JS code. 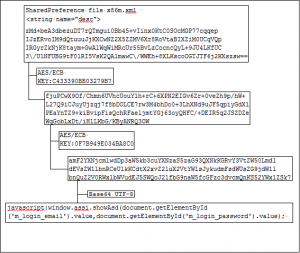 To get Facebook URL decryption function is called inside the webview.loadurl() function.

In this decryption function:

The above steps are explained in Fig. 11. 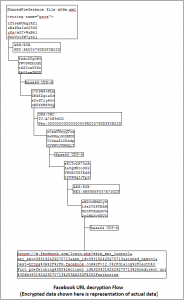 After this, “ShowAsd” is the function called from JavaScript code.

This function takes the values and stores them in one of the shared preference files – “FILE_KPx86m”, as shown in Fig.12

Fig. 12. Code which keeps collected information in one file

Below code (Fig.13.) is preparing collected data for submission. 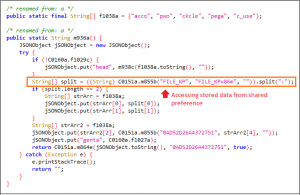 The second application, i.e. smart scanner, which we have reported, is relatively less complex.

This application opens with a smart scanner default screen (shown in the middle of the image). After clicking the login with Facebook button, it opens the third screen, asking a user to log in with Facebook credentials. 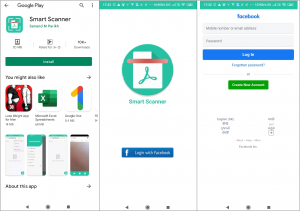 This application is comparatively less encrypted than the above application. 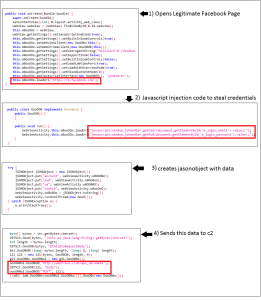 These features may help users to avoid getting hacked by hackers.

Malspam email – Jack of all malware, master of none.