At Quick Heal Labs, we are tracking a targeted attack dubbed as ‘m_project’. Initially, attackers used malicious Microsoft Excel documents to infiltrate the targeted system. Presently, attackers are also using malicious Microsoft Office RTF files which exploit a security vulnerability which is very popular among hackers; it is called ‘CVE 2012-0158’. On the targeted computer, when this document arrives and the user opens this document, it downloads and executes its components from its Command & Control (C&C) server. With the aid of these components, the attacker can gain complete control over the infected system.

Overview of the malware activities
Once all components are downloaded and installed in the compromised computer, the attacker gains full access and is capable of performing the following malicious activities:

The Infection Vector
Malicious documents are spread by the attacker using different techniques. They are listed as follows: 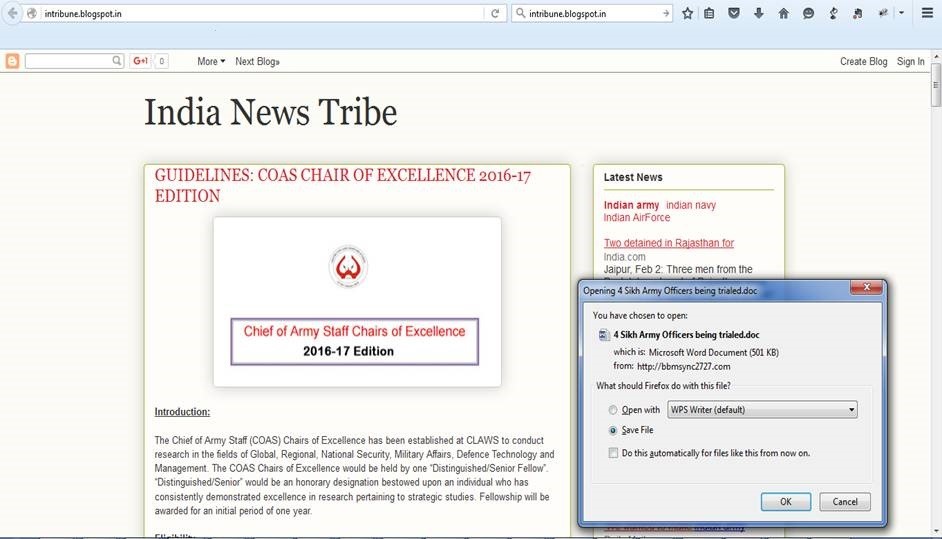 The homepage of above blog contains hidden iframe or link pointing to URL of malicious RTF file as: 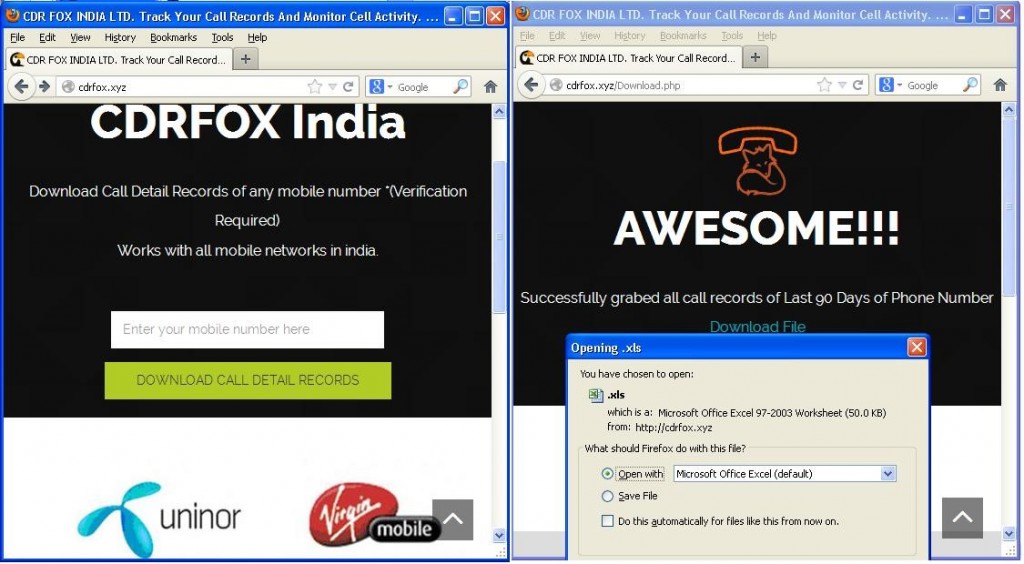 Another technique is used by the attacker with the compromised site as shown above. If the user wants call records of any number then they can specify the number and get it downloaded. But this downloaded document is actually a malicious .xls file, which is downloaded as [Entered_Number].xls. Now, the user assumes that these are call records of the specified number and opens the malicious document. Doing this When this downloads and executes the downloader component from a configured server, which later downloads the next stage components. These downloaded components are specially built to target the user’s computer to steal important data.

Stepwise Operational flow
The malicious document enters the targeted computer using different ways as mentioned above.
The document is named in such a way that the targeted user is tricked into opening it. When opened, this malicious document downloads and executes the downloader from the configured server. The following figure 3 shows the step-wise installation of other components on the targeted system.  A detailed description of all these components has been discussed further.

Figure 3: Operational Diagram of the campaign

If both the highlighted options in the above figure are checked then the malicious file will automatically opened in the associated software and it will resulted further exploitation and malware infection. It is recommended to keep these options unchecked.

To read more about the analysis of the malicious document and other components used by the malware, download this PDF.
Report

Conclusion
Previously we were tracking this APT Campaign as “Operation IndiaIT News” as the Command & Control server used was hosting website indiaitnews.info. With analysis of recent variants, attackers have introduced more Command & Control servers as mentioned above.  Interestingly most of these samples share common PDB Path – E:Projectsm_project.

The detection is showing significant infections and targeted victims are special Indian Government Organizations, people involved in Indian politics, top management officers from private sector companies and in some cases even celebrities.

The creation of executable files used in this attack shows that the attack begun in November 2014 and is still active. Attackers are not using any encryption mechanism to store the stolen data or to send the stolen data over network to the C&C server. They have only used some anti-VM techniques to avoid automated analysis. We are expecting that some more advanced and complex versions of these binaries may be used in future by the attackers like encryption in network traffic as well as binaries.

Introducing the All New Quick Heal 2014 Series – Better and Promising