Introducing the All New Quick Heal 2014 Series – Better and Promising

They say all good things must come to an end. But, why not make them better? Quick Heal 2013 series has neared its journey, and we can proudly say that it has done well. Now it’s time to hand over the torch to its successor – the all new, sparkly, robust and more tenacious than ever – the Quick Heal 2014 Product series. This blog post gives you a quick sneak peek at some of the new and advanced features and enhancements that have gone into the making of this product line. 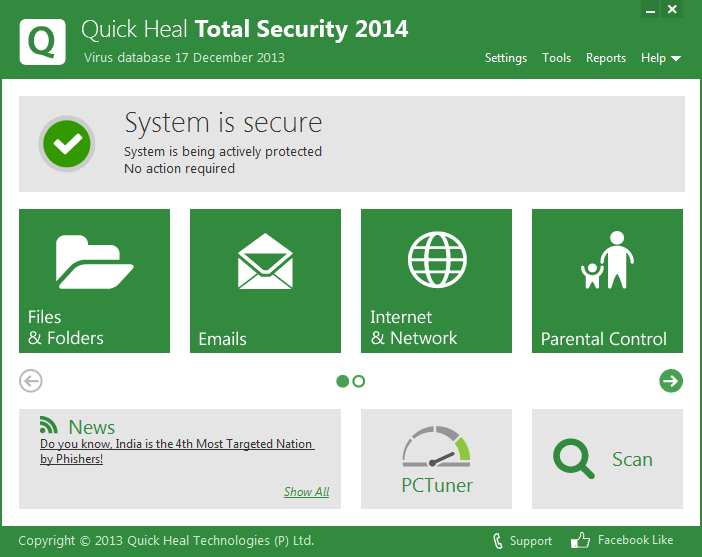 Advanced DNAScan Technology
What makes us confident about the Quick Heal 2014 series is a new antivirus technology that it has been introduced to. It is an enhancement to Quick Heal’s DNAScan technology. It is known as the Behavior Detection System.

A little background on this…
Ever wondered how antivirus software detect viruses on an infected machine? Most antivirus software make use of what is known as signature-based detection technology. They cross-reference their scanned contents with a library of signatures (codes) of viruses. If they find a match, the virus is either quarantined or taken care of by security updates.

How Quick Heal DNAScan Technology Solves this Issue
Quick Heal DNAScan Technology does away with the dependency on virus signature database. Therefore, it does not only provide a barrier against known virus attacks, but even viruses which are completely new and unknown to security analysts. In other words, it is an ultimate solution against zero day attacks [virus attacks against which there are no immediate solution]. Here are some key features of this technology:

✓ It scrutinizes the structure of the program, its size, location and other attributes. This process is triggered the moment any malware gains entry into the user’s machine.

✓ Quick Heal DNAScan also performs what is known as a Boot Time Scan. This type of scan is helpful for detecting and removing infection that are difficult to remove because of the malicious file which is still in use.

✓ Quick Heal DNAScan does not require user intervention; it runs automatically and without using too much system resources.

As mentioned earlier, Quick Heal 2014 has introduced the Behavior Detection System as part of its DNAScan Technology. 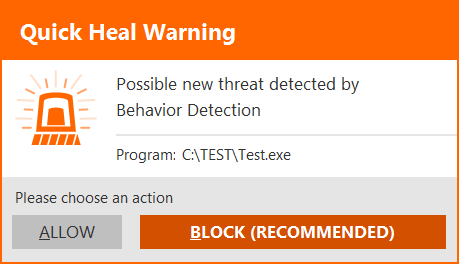 How Advanced DNAScan Technology is Helpful
The primary aim behind introducing this technology in Quick Heal 2014 series, is to guard the user’s computer against advanced persistent threats (APT). APT is classified among serious cyber attacks that affect businesses and individuals on a large scale.

APT refers to an attack where a malware breaches a network and stays there for a prolonged time. The main intention of the malware is to evade detection from antivirus software, and steal as much information as possible from the victim. The malware will try to get in and get out of the network as many times as possible, so that it can keep fulfilling its purpose. To keep such attacks persistent and undiscoverable, the attacker has to constantly rewrite the malware code and increase its stealth level.

To sum up, besides protecting users from APT and all types of malware, Advanced DNAScan Technology has been built to fight:

✓ Ransomware [This post talks about a recently discovered ransomware.]

In our upcoming blog post, our readers will get to know about the other advanced features that went into the building of the Quick Heal 2014 series. Stay tuned, and stay safe!

You can drop by our website – www.quickheal.com and get a closer look at the products.

INFOGRAPHIC: How Quick Heal helps you fight the Ransomware Menace