A Nastier Ransomware called CryptoWall, Windows 9 Scams, and other IT Security News

Another ransomware is loose on the streets now; it is known as CryptoWall – nastier and more dangerous than its predecessor CryptoLocker. Let’s read about this and other important IT security news and updates.

After CryptoLocker, CrytoWall is Spreading the Scare on the Internet

The infamous CryptoLocker ransomware was triumphantly taken down in late May, thanks to law enforcement aided by security organizations. But, it seems like another nastier ransomware called CryptoWall has put security companies back to work. By using tactics such as spam emails, drive-by-downloads and other malware programs, CryptoWall has taken the Internet by storm. Some arecalling it as the most destructive ransomware threat till date. It functions exactly like what CryptoLocker used to do – infects the victim’s computer, encrypts files, and demands ransom to release the files. Over 600,000 computers have been taken down by CryptoWall; this includes 22,582 computers in India. Ransom value ranges from $200 – $10,000, payable only via Bitcoin. In the past six months, creators of this ransomware were able to pull in a whopping $1 million through their exploits. Readers are advised to steer clear from software from unverified publishers, and spam/unwanted/unsolicited emails. It is also essential to have your computer secured with a reliable antivirus that offers real-time protection against malicious and infected websites. 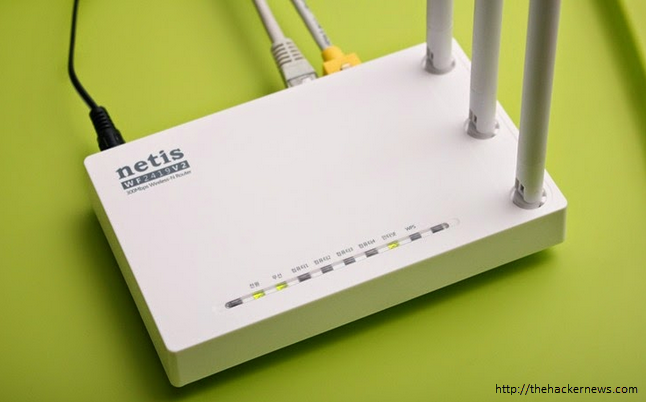 China-made routers, Netcore/Netis are under the fire for having a hard-coded password that can act as a potential backdoor for attackers. The UDP port listening of these routers is open and can be accessed by a password that is hardcoded in the routers’ firmware. Going by this, attackers can launch a man-in-the-middle attack on affected routers and hijack the victim’s Internet traffic, steal information relaying through it including personal and financial data.

The world is awaiting the release of the latest offering from Microsoft in its line of OS – Windows 9. Its developer preview release is scheduled for September. But queries such as ‘Windows 9 free download’ when fed into Google, are returning websites claiming to give away free downloads of Windows 9 Professional Edition. The results also include YouTube pages offering links for the downloads. Clicking these links, however, installs adware on the user’s computer. Similar scams are targeting users with phishing websites that try to steal mobile numbers.

Reportedly, popular sites including Java.com, IBTimes.com, and Photobucket.com among others have been found to serve malicious ads. These ads are designed to redirect visitors to websites that infect their systems with malware. The exploit that attackers are using to drive this malicious ad campaign feeds on browsers that support outdated versions of Java, Flash Player and Silverlight. Readers are advised to get their browsers, OS and software updated immediately. You can read more about this here.

Alert! Ransomware is Being Spread through the Ammyy Admin Website

The Runner: a key component of the SamSam ransomware campaign – An analysis by Quick Heal Security Labs

This Week’s Latest News and Updates on Information Security