Yes, you read it right! “123456” has been labelled as the most commonly used and obviously the worst password of 2013.

SplashData, a California-based company, comes up with an annual list of the 25 most common passwords used by people online. The list for the year 2013 was topped by “123456” closely followed by “Password”. Apparently, “Password” had been the undisputed champion since SplashData began compiling these lists. 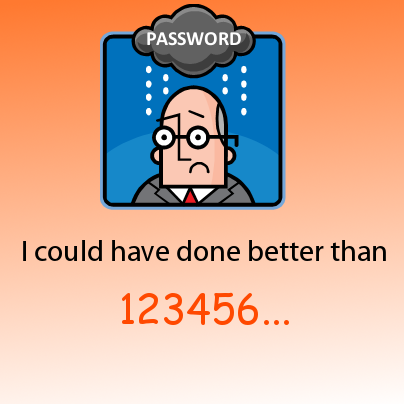 Remember the massive Adobe breach that occurred in early October, 2013? A month later, an underground website was discovered as the dumping ground for the stolen data from this breach – data of around 130 million Adobe user accounts, which also included passwords. So, based on these data dumps, SplashData coronated “123456” as the daddy of the worst passwords for 2013.

Out of the 130 million user accounts that were hit by this data breach, about 2 million had “123456” as their password.

Here’s a quick breakdown of the top 25 Most Common Passwords of 2013 by SplashData:

Numbers sure are popular among most people. Why, even the US nuclear launch code was 00000000 for as long as 20 years! They must have had tremendous faith on good luck; I’ll give them that!

Even at this age where one technology outruns the other in minutes, passwords are still far from being safe, not to mention hackproof. And this fact is only cemented by reports such as this list of the worst 25 passwords.

Reiterating our advice, choose passwords that have a mix of uppercase and lowercase letters, numbers, special characters and random words. Even better is using words not found in the dictionary, if at all possible. SplashData, recommends passwords that contain words separated with spaces or other characters such as underscore.

How to avoid the latest Java 0-day vulnerability

Why are Software Updates so Important for your Security