Is the End of Windows XP Support Putting ATMs at Risk?

The impending deadline of the discontinuation of Windows XP support by Microsoft (April 8, 2014) is fast approaching. Quick Heal has proactively warned retail users and enterprise users about the risks involved, but it is now time to understand a very different kind of threat associated with this approaching date. 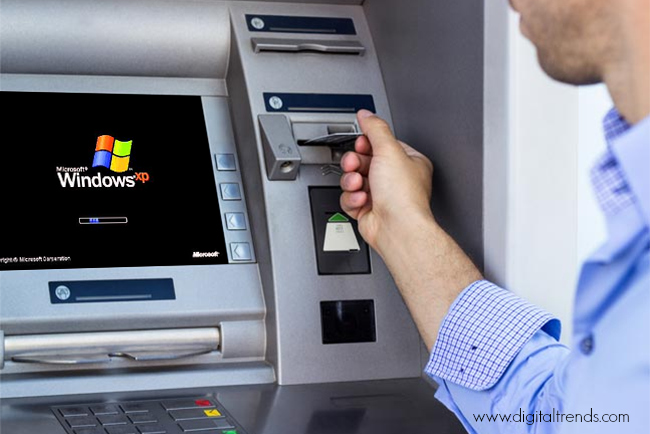 Banking operations, especially ATM services, are likely to be affected beyond the EOL (End of Lifetime) date of Windows XP as a majority of the ATMs in India, and the world, still operate on Windows XP. ATM kiosks are powered by mini-computers and these computers require a stable operating system. Hence, Windows XP has been the popular choice for over a decade now.

However, with Microsoft cutting off support for XP, is this going to adversely impact ATMs in India and open them to hackers, malware and other security risks?

ATMs in India – Numbers & Facts at a Glance

While the exact figures for the percentage of ATMs in India that run on XP is not documented, the total number of ATMs in the country has steadily grown. So it would be fair to assume that a majority of these machines would be rendered vulnerable due to support being cut off for XP by Microsoft.

Link for checking these numbers – https://www.rbi.org.in/scripts/ATMView.aspx 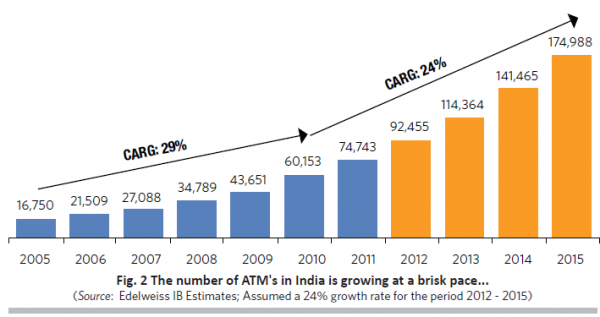 Are the Security Risks Being Exaggerated?

While the dangers of using XP beyond April 8, 2014 are now known, there is a possibility that the security threats against ATMs have been misrepresented and exaggerated. After all, most attacks on ATMs in the past have been physical attacks at the hardware level and not at the software level. However, it is also plausible that this may change after the deadline as ATMs running XP will become more vulnerable. 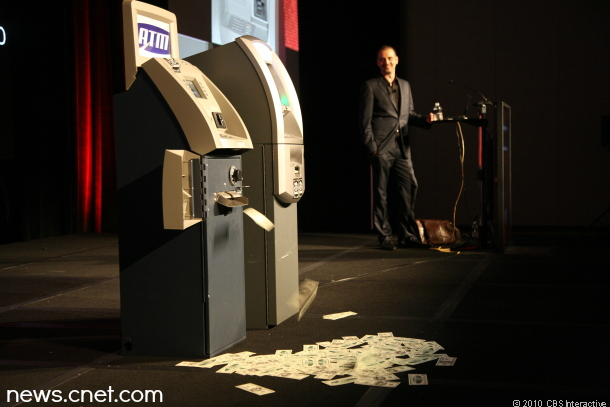 Nonetheless, ATMs are usually too isolated and protected to launch a software attack against. If an attacker can hack into a bank’s system and launch a malicious code in all its ATMs, then the bank has more worrying concerns than upgrading XP on its ATMs.

Some notable points for why these threats may be exaggerated are as follows:

What Could be Stopping Banks from Upgrading?

So while the result of running XP on ATMs is not going to be as devastating as reported by many, upgrading it is still a recommended precaution. There are more stable and secure options available in the market so it would be reckless for banks to stick with systems that have been around for decades but are now obsolete.

However, here are some factors that may be stopping banks from initiating a migration plan:

While the threat of using Windows XP beyond the EOL date exists for home users and enterprise users, it is perhaps unwise to assume that all the ATMs of the world would also be susceptible to the same risks.

There are several news stories that are doing the rounds about this and they are creating a false sense of panic about the repercussions. We would like to pitch in with our own two bits here and proclaim that ATMs are not going to be afflicted by the removal of XP support by Microsoft to the extent that it is being reported.

Thanks for your valued information………..:-)

Thanks for your importanct information

I am lucky having Quick Heal security on my system as this not only saves my computer from the external attacks but I also receive such valuable information time to time.

IF IT IS FACT, THEN IT IS A MATTER OF CONCERN & THEN THERE MUST BE SOME REMEDY FOR IT & TIME IS PASSING AWAY.SO……

Thanks for the information…. than what to do??// Any solution for this…..

As mentioned, we do not need to worry much about this problem. All we need to do is wait till all the banks upgrade their OS soon and carry on with our transactions in the same manner.

sad to say end of Xp,but new information i got thank u……

Thanks for valued information

my antivirous has not update please give me idea

There could be several reasons behind this. Kindly contact our support team at 0-927-22-33-000.
You can also raise a query at https://www.quickheal.com/submitticket.asp. Our support team will get back to you to resolve the issue you are facing.

This is a very important and valuable information for all.

thank you for sharing the important information, Quick Heal flashed a message on my HP laptop screen which forwarded me to this link….

you are doing a tremendous job quickheal….

it’s vary nice software ,it use u can save u r mobile….

important and valuable information thanking for you

gud and useful information. tahnks. should be sharing with others.

This is a very important and valuable information for all……

Worthy and valuable information..
Thanks a lot…

sad to hear about xp. useful info. thanks

Thank u for ur valuable information..

give the list of banks those who update their software

Sorry but this information cannot be freely provided by the banks in India.

thanks for this information

If some one clones the debit card and injects VIRUS in ATM, would than be Microsoft supporting after 8-1-2014?

Can you explain your question further? I am not sure what you mean here.

Thanks a lot to Quick Heal not only for their preventive measures against antivirus,spyware etc.but also for information on valuable current topics.

It’s nice to have such an antivirus, which have protected my system for last seven and half years, thank you u guys are doing a great job, only one thing i like to add which is that soon after this news i upgraded my system to win 7 with xp in dual boot but sadly our antivirus does not allow single copy to run on dual boot system as now i have to purchase one more copy for win 7 too, though its one system but with two os. anyways thanks and keep up the work.

hanks for your importanct information

What is “Onsite” and “Offsite” and how they are affected.
If onsite is in Bank itself there is less danger of tempering ATM Booth.

Thanks for this information.

This write up has removed much of confusion spread among ATM users by various sources. Thanks a lot.

Thank you for very useful information.

Before using ATM Machine,how to know it updated for window-7,8 how to know,secondly some safety precautions may pblish for ATM CARD user.

Unfortunately, when we operate an ATM, we cannot see the OS that is powering that specific machine. This is because the machine is running an embedded version of the OS and this is also why Microsoft removing support for XP will not affect ATMs in a negative way.

Thanks for alert relate to Window XP.

Thanks for very usefull informations.

Thanks; I needed this information.

Thank You so much Mr. Rahul Thadani for this important discussion. ATMs are the most modernized place to fulfill many banking requirements of people belonging from all classes. Here security is the highest concern for all the stakeholders of an ATM. But apart from this issue, there are some other problems still existing in the modern ATMs, irrespective of any bank. Running on embedded version of windows XP some ATMs hangs frequently. Customer’s account is debiting with no cash dispense is a common problem in many ATMs. People from urban ares can resolve this problem by contacting their respective banks… Read more »

Hi Anirban, Thank you for your valuable feedback and completely accurate points. All the issues that you have mentioned with regards to ATMs are completely true. Regrettably, this is the state most of our modern banking services and ATMs are in. Unfortunately, this is something we all have to deal with and hope that the situation improves over time. For now the best thing to do for people in rural areas, is to locate one ATM which is reliable and stick to using that only. It may not be the closest ATM so it is not a convenient solution. However,… Read more »

Few days back I have installed Quick Heal Total security in my computer, but it is opening in the temporary profile only, it does not save any new files.Is it because I have not yet activated the key to avail the 20 days grace period.What should I do to fix this problem.

You are requested to kindly call up our support center on 0-927-22-33-000. They will help rectify this issue for you. Alternately, you can also raise a ticket at https://www.quickheal.com/submitticket.asp. They will immediately aid you with this issue.

Its very important and valuable.Panic created in most of the ATM card holders get sigh of relieve.Thanks.

Thank you Rahul Thadani for the info. i have a query! why do we need to upgrade our anti-virus every third day? why cant you’ll provide updates which will last for at-least a week? its just using my data(which i have to spend my pockets on) everytime i start my PC..

Hi Thiru, The reason for the frequent updates is because with each passing day, malware is developed which can infiltrate existing versions of programs on your machine and even the antivirus software itself. To combat this, as soon as a threat is detected by us, it needs to be updated in all versions of Quick Heal software. A delay of even one day can leave machines vulnerable to attacks. It may prove to be a bit inconvenient with constant updates, but in order to avoid this, you can turn automatic updation OFF. But this will leave your machines vulnerable to… Read more »

thanks for important information

Thanks a lots for Such type of information,but how can somebody know about the operating system of a ATM because normally it shows its sbi programme software that asking for inserting card ?

When we operate an ATM, we cannot see the OS that is powering that specific machine. This is because the machine is running an embedded version of the OS and this is also why Microsoft removing support for XP will not affect ATMs in a negative way.

Thank you for this…

Thank you Quick Heal for information. Actually this is the responsibility of RBI or concerned authority to make people aware of this important fact. Let it be. Thanks.

Thanks for the valuable information.

Hi, first of all thanks for the information!
And one more thing that I had downloaded quick heal total security before one month.after one month it has started showing me that plz activate using product key or “get free extension”.I am still trying to get free extension but I am unable to get because the message is not getting send.(as we know quick heal give free extension if we recommend it to two people). I did all the things to send message but still I can not…plz help..

Thank you for choosing Quick Heal. We would request you to kindly contact our support team so that they can provide you with an appropriate solution to this issue. You can contact them at at 0-927-22-33-000.

You can also raise a query at https://www.quickheal.com/submitticket.asp. Our support team will get back to you to resolve the issue you are facing.