How Unlimited Internet Data Has Changed The Face Of Cybercrime?

VoLTE: Voice over LTE is a high-speed wireless communication standard for mobile phones. It has up to three times more voice and data capacity than older 3G UMTS and up to six times more than 2G GSM. With its increased data capacity, users don’t need to use the data very judiciously, and they can keep the internet connection on every time. Due to this, internet-connected devices are always at a higher risk of infection and online fraud. That is the reason users who use VoLTE are the preferred target of threat actors around the world. Jio is one of the mobile operators which uses VoLTE technology. 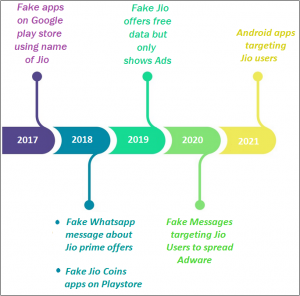 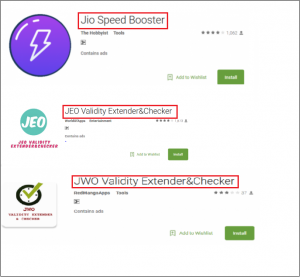 As shown in Fig. 02, in 2017, Quick Heal Labs spotted few applications on the Google Play store which fake promises like “Speed Boosting” and “Validity Extender and Checker.” These applications trap users into giving their personal information and, in the background, send this information to some third-party websites. Such applications consume a lot of data and show advertisements to the user. Quick Heal was the first to detect such applications with the variants of Android.FakeJeo. 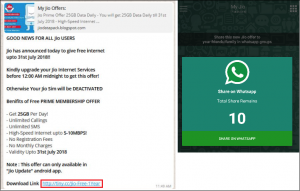 In 2018, the fake message about Jio prime offers was seen. The message shown in Fig 03 seems legitimate, but it’s a fake message. When a user clicks on the mentioned link, it downloads a fake “Jio Prime app.” When the user opens the application, it takes a random mobile number as input. And, the application pretending that it is connected to a server even mobile data and WIFI connectivity is off.
It asks the user to send this application to 10 WhatsApp groups to earn 50 points. And 100 points were required to activate the offer. After, doing everything the user gets nothing as promised in the message. Malware authors use this tactic to reach out to multiple devices in a short period.

Quick Heal Security Labs found fake Jio Coin applications from the Google Play Store in the same year, as shown in Fig 04. These apps ask for personal information such as username, mobile number, and email address and show that the user is in a queue for JioCoin. But nothing happens. 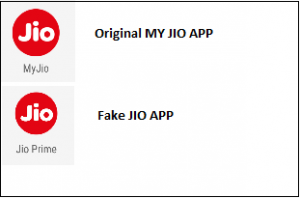 Again in 2019, Quick Heal Labs found malicious applications that use the legitimate My JIO app icon. Cybercriminals used a similar icon tactic to trap novice users. These applications had similar activities like above. Users who install such malicious applications will not get the offers or free data they promised. Still, their mobile devices will be used to generate advertising revenue by the malware authors.

Quick Heal detects such applications under variants of Android.Fakeapp and Android.GoodNews 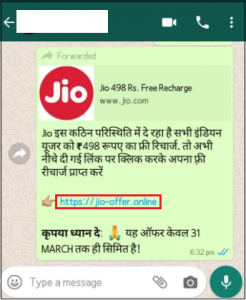 In 2020, Coronavirus had severely affected people globally. In these pandemic times when the lockdown was imposed, peoples’ dependency on Smart Phones had increased for entertainment and staying connected with the outside world. By taking advantage of this situation, many fake messages were circulated by malware authors to trap unsuspecting users with attractive fake offers like the ones mentioned in Fig 06. The user gets nothing as promised in the message. 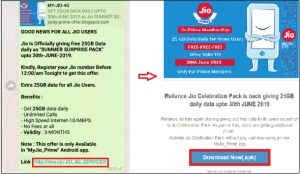 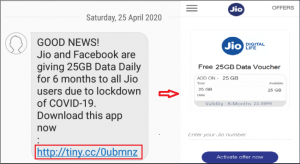 In the recent samples, malware authors used new ways and themes for exploitation. This time we have gone through some malicious applications specifically targeting Jio users and spreading fake SMS’s. Let us see how this is done.

When the malicious application is installed in the user’s device, it first performs SIM identification to check the SIM slot used for sending the SMS.

Once SIM Identification is made, it identifies the operators of the mobile numbers present in the user’s contact list. As it explicitly targets Jio users. It verifies the contact number in two ways.

As shown in Fig 09, there is a hardcoded list of the first four digits of numbers specific to Jio. All the contacts in the user’s mobile are verified with this list, and contacts are separated, identified as JIO operators in a list. 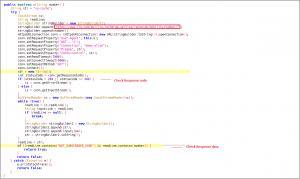 The sim slot is identified, and contact numbers of Jio customers are identified from the user’s contact list. The threat actors are now spamming Jio customers by plotting various services and themes to lure them in, as shown in Fig 12. 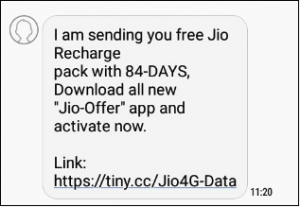 One should have trusted AVs like “Quick Heal Mobile Security for Android” to mitigate such threats and protect you from downloading malicious applications on your mobile device.

How can 1.33 billion people embrace digitalization in an era of damaging malware?