A history of Mac malware: The Apple of a virus developer’s eye Apple Macs are falsely believed to be invincible and completely safe against malware threats and security breaches. But as we recently discussed, this perpetual myth has gradually been broken over the years.

Apple has subtly acknowledged this fact over the last year or so and has made major upheavals in their marketing strategies as a result. In June 2012, the “Why you’ll love a Mac” page on Apple’s official website saw a few minor changes that emphasized this change. Where Apple used to make claims like “Apple’s OS X software doesn’t get viruses” and “Safeguard your data. By doing nothing” they now make drastically contradictory statements like “It’s built to be safe” and “Safety. Built right in.”

If you are still not convinced that Apple Macs are also vulnerable to security threats and malware then how would you feel if you knew that a virus affecting Apple computers was developed 4 years before a virus was developed for IBM PCs and Windows in general? Over the years, the Apple Mac has also seen plenty of viruses and worms and given below is a brief history of major malware threats that have targeted the Mac platform.

The most prominent viruses designed for Apple Macs 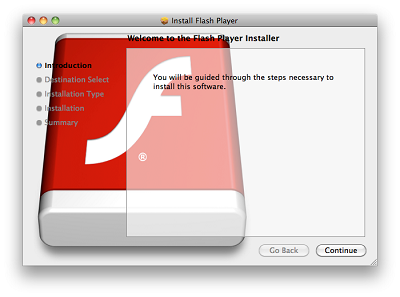 As can be seen, there have been several viruses developed for Macs over the years. The high penetration and usage of Microsoft Windows ensures that any threat found over this platform affects more users and thus receives more coverage. This does not mean that Apple Macs cannot be targeted. Moreover, the misconception that Mac users carry regarding the vulnerability of their platform, actually makes them an easier target since they are less cautious. We hope that we can play our part in altering this misconception.