Warzone RAT is part of an APT campaign named “Confucius.” Confucius APT is known to target government sectors of China and few other South Asian countries. This APT campaign was quite active around January 2021. Warzone RAT first emerged in 2018 as malware-as-a-service (MaaS) and is known for its aggressive use of “.docx” files as its initial infection vector. The initial payload is known as “Ave Maria Stealer,” which can steal credentials and log keystrokes on the victim’s machine. The advanced version of this malware is currently sold in the underground market for $22.95 per month and $49.95 for three months. The Warzone creators have an official website where it’s up for sale.

These are the various features of the RAT mentioned on the website:

We came across a cracked version of Warzone RAT on GitHub. Here is the screenshot of that repository:

Figure 2: A cracked version of warzone on GitHub

Based on our research, we confirmed that the threat actor is trying to circumvent attacks with a decoy and manipulate users, delivering the next stage payload via template injection technique. In this blog, we are going to talk about “.docx” used as an initial attack vector and how it’s delivering its final payload -Warzone RAT. 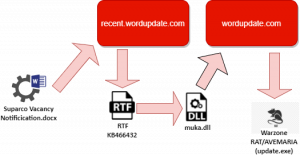 The various phases of the attack are: 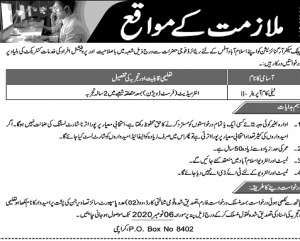 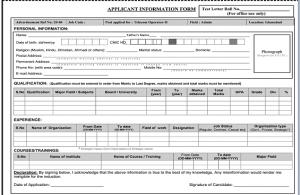 While executing, it uses the template injection technique to download the next stage RTF exploit. This exploit delivers a dll embedded final payload that connects to the domain to connect to the CNC to download payload Warzone Rat. We can see from the below image.

The RTF exploit is downloaded through “\word\_rels\settings.xml.rels” file present in document structure using template injection technique as shown below.

Figure 6: settings.xml.rels containing a link to the template

Upon successful exploitation, the dll connects to a malicious domain (wordupdate.com) which is active nowadays also and downloads the final warzone payload.

Warzone RAT exploits a pretty old but popular vulnerability, “CVE-2017-11882,” in Microsoft’s equation editor component. This RAT works as an Info stealer malware. Attackers typically spread such malware through document files as email attachments. We recommend our customers not to access suspicious emails/attachments and keep their AV software up-to-date to protect their systems from such complex malware. We detect the initial infection vector as well as the final Warzone RAT as XML.Downloader.39387 and Trojan.GenericRI.S16988580 respectively.

Watch out for Fake BBM apps for Android – they are here to dupe you!