Rising cyber crime: A grave cause for concern 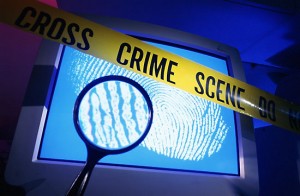 If you thought only Governments and industrial agencies are susceptible to cyber attacks, then you need to think again. According to a report by the Security and Defense Agenda (SDA), India ranks 5th in a worldwide list of countries affected by cyber crime. Ominously, the number of reported cyber crimes has grown at a steady rate (from 217 in 2007 to over 1000 in 2011), and we can only imagine the number of such crimes that go unreported.

P. Chidambaram, India’s Home Affairs Minister, admitted recently that cyber space can be exploited. He further added that cyber space is the fifth domain to protect after land, sea, air and space. Being the provider of the best Internet security software, Quick Heal feels responsible to inform users what exactly constitutes cyber crime in the present scenario.

How to distinguish cyber crime
Any offense that occurs over the Internet is classified as cyber crime. This covers, but is not limited to, crimes like hacking, data theft, financial fraud and espionage. As far as individuals are concerned, cyber crime is further extended to cyber-stalking, spoofing, online fraud, software piracy, virus dissemination, pornography and denial of service.

In order to report cyber crimes, one needs to approach the police and provide necessary proof of the infringement. Unfortunately, the nature and the severity of the crime determines the urgency shown by the authorities. One can also contact the Computer Emergency Response Team India (CERT-IN) for more information.

Issues plaguing cyber space in India
The Information Technology Act (passed in 2000 and amended in 2008) governs the cyber laws in India. But a lack of expertise on behalf of law enforcement agencies is a major concern. There is no centralized agency that monitors complaints. So more often that not, people are left helpless. The primary objective should be to equip and train law enforcement agencies to handle such issues, especially outside the bigger cities.

As far as companies and national agencies are concerned, ‘active defense’ and ‘strike back’ technology needs to be implemented in conjunction with the best system protection software. Awareness about defensive strategies like planting ‘beacons’ that give away the locations of attackers is also necessary. Such strategies need to be controlled so that they do not escalate and cause collateral damage. Ethical hackers, or white-hat hackers, exist but not many step forward for national duty. They prefer to work in the private sector instead.

Other factors that contribute to the apathy are computer illiteracy, rampant piracy, lack of a unified operator for the Internet, telecommunications and power sectors and the easy availability of malicious software. Furthermore, the laws governing this domain should not be static since the threat landscape can change very quickly. The country needs dynamic laws that can be altered accordingly. You can also watch this BBC video for more information.

At present, India is ill-suited and inadequately prepared to deal with cyber crimes. However, deep Internet penetration and further industrialization demands that cyber space be protected. We can only hope that the law enforcement agencies heed our call and ensure the cyber safety of our citizens.

A few tricks to avoid the ‘Phishing’ trap

3 common types of phishing attacks and tips to avoid them