With the FIFA World Cup well and truly underway now, hackers and spam artists are having a field day too. While we enjoy the samba action and watch an exciting sequence of matches unfold, these malicious parties are busy cooking up ways to catch unsuspecting users off-guard with innovative World Cup malware threats. Honestly, this is not a surprise anymore as events of such massive scale are always capitalized on by these attackers. And it does not get any bigger than a FIFA World Cup in its spiritual home of Brazil.

So while you enjoy Messi taking on hordes of backtracking defenders, Ronaldo dipping in one of his trademark freekicks, the Dutch slipping up after an all too familiar brilliant start, England going out on penalties and Neymar bamboozling defenders with his gravity-defying haircut, do take some time out and be aware and guarded against the following security threats for the next month of football madness.

Tickets for the World Cup are super expensive right now, if they are available at all. So if you get an email saying you have won free tickets, please do not believe that. Moreover, if you get emails about unheard of sites to stream your games Live, do not click on those links. Apart from these, there are several other emails you can receive that you should avoid.

If you get a message saying your transaction for tickets has been approved, please avoid the same if you have not initiated any such transaction yourself. Attackers will commonly send such phishing messages that appear to come from banks or even from PayPal. Often, these messages will contain links to sites and pages that will look authentic and ask for some personal information before proceeding and before you know it, you will be stuck in a web of phishing attacks.

A lot of people prefer to watch their games online and there are several streaming websites that provide such a service. However, one simple Google search will throw up hundreds of thousands of streaming sites. Obviously, not all of them are safe or reliable. Find a service that is safe, trustworthy and malware free and stick to that. And if you know someone else who watches streamed games, share this platform with them as well.

Google Play and third-party app repositories have several World Cup themed apps now. They offer wallpapers, ringtones, live updates, player and team info and many other awesome things. However, be aware about apps before you install them. Read their reviews and view their ratings properly. Many apps will just be blank and serve as ad zombies on your smartphone and misuse the many permissions that they acquire.

Example of phishing email we received

One such phishing email also reached our doorstep the other day and this email created a false sense of panic by claiming it was urgent to install an antivirus immediately. The email went on to state that a virus attack was spreading thanks to the World Cup and the only way to get rid of that was by installing the software provided in the email itself. This game of double bluff can certainly manage to trick some people who are not as aware about such threats and emails. 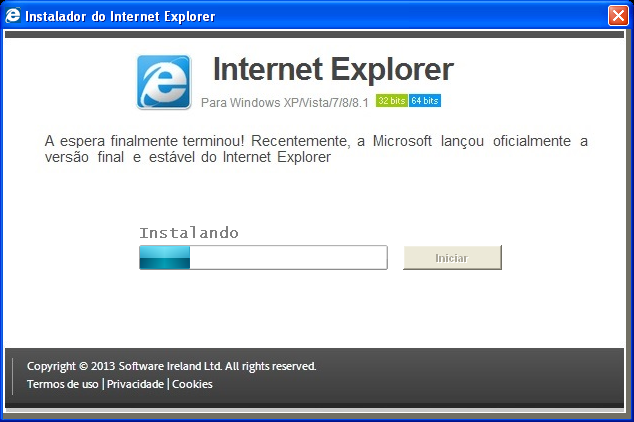 The link when clicked took us to a file sharing website where a known virus was hosted. A keylogging component also gets downloaded in the background and this monitors banking related sites and the data entered there. If a user happened to visit a few predetermined banking sites, their information would then be sent to a remote server.

Quick Heal Total Security greatly minimizes the chances of a user landing on a phishing page or a site that contains malicious codes. It also provides real-time protection against phishing, fake and compromised sites to ensure complete protection.

So while you can sit back and enjoy the World Cup in all its glory, do take some time to learn about the malware threats associated with it. Spread the word and stay safe.