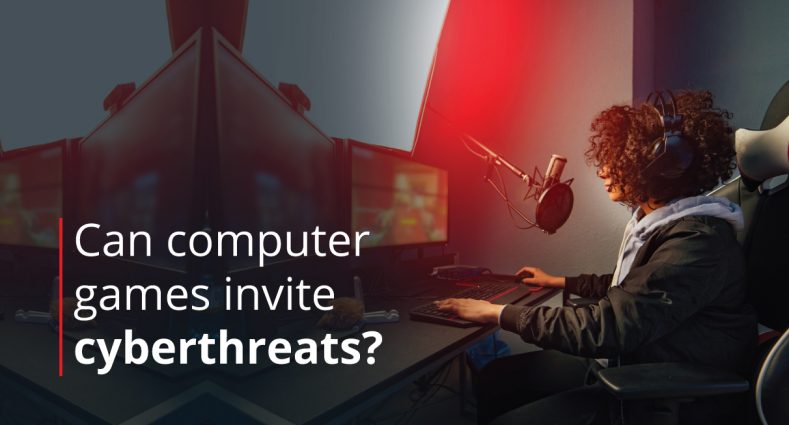 The video gaming industry has become the foremost entertainment medium worldwide as evidenced by its valuation. The market is estimated to reach an estimated $179.1 billion by 2024, growing at a CAGR of 6.4% from 2019 to 2024.

And yet, perhaps because of its denotation as an ‘entertainment’ medium, the video game industry doesn’t always come to the forefront on discussions of cybersecurity. Other industries such as IT, manufacturing and healthcare dominate the proceedings while the most important topic of cybersecurity in the extremely influential video game industry gets very little airtime.

Video games are on the radar of attackers

Consider the two major attributes of the video game industry:

This combination makes it a perfect target for cyber attackers to exploit leaving video game users at great risk of cyberattacks.

Gamers must deal with ransomware

Since most gamers use several accounts to manage their games across the PC and other devices, they are likely to reuse the same password which makes them extremely vulnerable to credential stuffing attacks.

Apart from credential stuffing attacks, video games may also be susceptible to ransomware attacks. Gamers routinely save game files such as replays, maps, configurations, etc. on their system which can be targeted by attackers. In 2015, the Quick Heal blog ran an analysis on the TeslaCrypt ransomware which would convert saved gamed files into encrypted forms and then demand users to pay a ransom to gain access back to it.

Whether you’re a long-time gamer or a parent worried about the gaming habits of your children, it pays to be safe in this wild world by taking a few precautions:

1.     Obtain your games from verified sources

2.     Use different credentials for gaming

Don’t use the same password which you use for your email account or bank account. This makes it harder for attackers to target you with credential stuffing attacks.

3.     Trust no one in multiplayer gaming

Be very wary of links or offers of obtaining in-game money. Accounts can easily be compromised or faked.

4.     Be on the lookout for phishing attacks

You may receive emails from famous gaming companies asking you to click on links and supposedly confirm your credentials. Always check the website and when in doubt, never provide the data.

Follow us for the latest updates and insights related to cybersecurity for consumers. Subscribe to our newsletter to stay...
Articles by Quickheal »