Earlier, malware authors kept their payloads on Command and Control (C&C) servers or compromised websites. And to do this, they had to setup their C&C server or compromise a genuine website. But now, they don’t need to bother about such things, as they have started using genuine file sharing sites like “Pastebin.com” which allows user to store malware in plain-text. Pastebin.com is a well-known website where users can store plain text.

While analyzing malware samples, we found that the malware is downloading the “Base64” encoded text from pastebin.com. On decoding this Base64 data, we received an executable file which is the main payload of the malware. Most of these executables are from “Bladabindi” family.

The downloader enters into the user’s computer using various techniques like spam emails and social engineering. In this report, we will see how pastebin.com is misused with analysis of one malware sample.

The file is an Auto-it installer. On execution, it drops two executable files at “C:\Documents and Settings\[user]\Local Settings” and executes the same. The dropped files are as follows:

This Base64 Encoded file on Pastebin.com looks like the below figure 1. After Base64 decode it is .Net file as below. 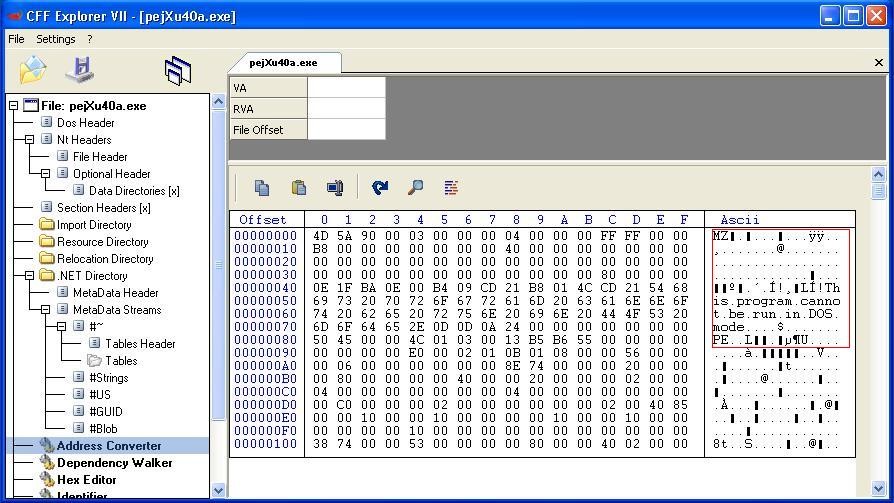 Activity of Main_Component.exe (In memory component)

Further it saves downloaded Base64 encoded data in registry such as:

It executes the following command to bypass Firewall:

This backdoor gathers the following data and sends it to C&C server:

It provides the following RAT functionalities to the attacker:

The main payload of the virus saves all keystrokes in the registry as shown in figure 3.

The malware sends all data in Base64 encoded format. Except files are uploaded after ZIP compression.

Tricks used by the malware to avoid detection and cleaning

It makes itself as a critical process to prevent it from being stopped. The infected system may crash with a stop code 0x000000F4 if the malware process is interrupted. This can make it difficult to clean the computer when the malware is running.

The first component mentioned above (0C34D70FF9DD1BA3B7BFE9F4FBA8F010) is an auto-it installer. The Auto-It script contains the following code:

Due to this code, it will not show any malicious activity when any one of these monitoring tools is running. This enables the malware to bypass automated analysis. It also makes it difficult for analysts to manually analyze the sample.

Statistics about the “pastebin.com”

The main payload is stored in Base64 encoded format. We have found more than 100 Base64 encoded files on “pastebin.com”. Almost all of these files are malicious. Interestingly, 90% of them belong to the same malware family i.e., Bladabindi. The Bladabindi samples have been listed below:

Malware authors are abusing “pastebin.com” for spreading different malware families. As per our analysis among all these families, “Bladabindi” RAT is spreading rapidly. More than 7500 users have been infected via pastebin.com since 2015. As the main payload is never stored on the disk, it is difficult to detect such malware.