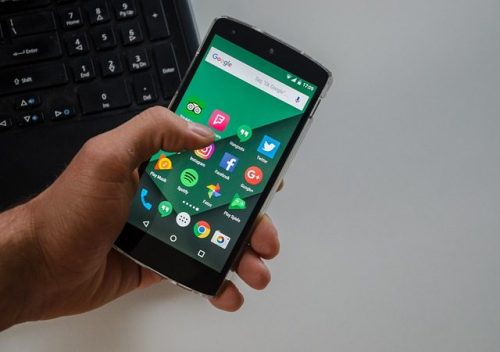 Quick Heal Security Lab has spotted a couple of applications on play store which hide themselves after installation and display full screen ads after specific time interval. This trend is used by most of the developers these days to earn profit by displaying ads.

Even if users want to uninstall these applications, they won’t be able to find in the app manager as it was installed with the name ‘Google Play Service, Google Play Store’ and uses icon of genuine apps such as Google Play Store, default Android icon or YouTube.

After hiding itself, it interrupts user by frequently showing advertisements while using other applications. This type of malwares are present on Google Play store with more than 50k+ downloads. Quick Heal Security Lab reported this to Google and those applications have been removed from Play store now.

1. Go to app manager in Setting

2. Find out fake Google Play Store as shown below

If you still find it confusing, then there is a better way to uninstall such malware, using Antivirus. Antivirus detects malware and prompts to uninstall, and asks for uninstallation of such apps.

Here is the list of malicious package name with MD5 removed from Play store :

Quick Heal successfully detect these malware under variants of Android.Hiddad.A

2. Check the app developer’s name and their website. If the name sounds strange or odd, you have reasons to suspect it.

3. Go through the reviews and ratings of the app. But, note that these can be faked too.

5. Use a reliable mobile antivirus that can prevent fake and malicious apps from getting installed on your phone.

Follow
I am an Android malware analyst at Quick Heal Technologies. My interests include Android security, reverse engineering, malware analysis, and...
Articles by Rupali Parate »