Are Your Messages on Skype Private?

If you are a Skype user, then you might not be delighted to know that Microsoft (which owns the software) is all eyes and ears about what you communicate with your peers. 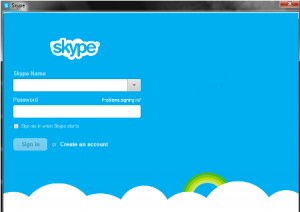 An experiment conducted by Ars Technica (a technology news and information website), with the aid of Ashkan Solanti (a security researcher), came up with a shocking revelation that might raise quite a few eyebrows of “Skypers”. According to Ars Technica, officials at Microsoft might be following the practice of intercepting message contents sent or received over Skpe, and logging the data for an unspecified period of time.

Ars Technica was able to make this discovery, by conducting a simple test. Fresh web links were relayed over Skype. Out of the four, two links were accessed from a machine; one began with HTTP, the other, HTTPS. Tracking the IP address of the machine showed that it belong to Microsoft. This led to the conclusion that data sent and received over Skype, are not only intercepted by the software giant in plain text, but are also monitored regularly.

Now, what’s Microsoft’s take on this? The Redmond giant agrees to the fact that it keeps Skype messages under its radar and scans them, lest these messages are being used for fraudulent activities such as distributing malware through malicious links. But even if the company’s main aim behind intercepting URLs is to detect malicious activity, it won’t be wrong to assume that it is also capable of extracting content from its users’ messages and probably, something more than that.

In Microsoft’s defence, however, such practices are also carried out by Facebook and many other sites, reportedly, with a singular aim – ensuring that their services do not become a pawn for malware authors. But the scarier part with Skype is, most users have this undying misconception that their communication is encrypted and thus, private.

Although, no official word is out that can confirm whether or not officials at Microsoft follow the practice of intercepting what Skypers communicate with one other, it is better to err on the side of caution. So the next time, you convey any classified, personal or sensitive information (any info that is not meant to go public) to your peers, it won’t harm you to assume that a faceless and an anonymous official might be keeping a track of your information. While, for normal users this might not be a great concern, for organizations who usually share sensitive data using Skype, it definitely is.

Delete Your WhatsApp Chats and Become a Criminal

Don’t let your kids’ online classes be disrupted by cyberattacks!