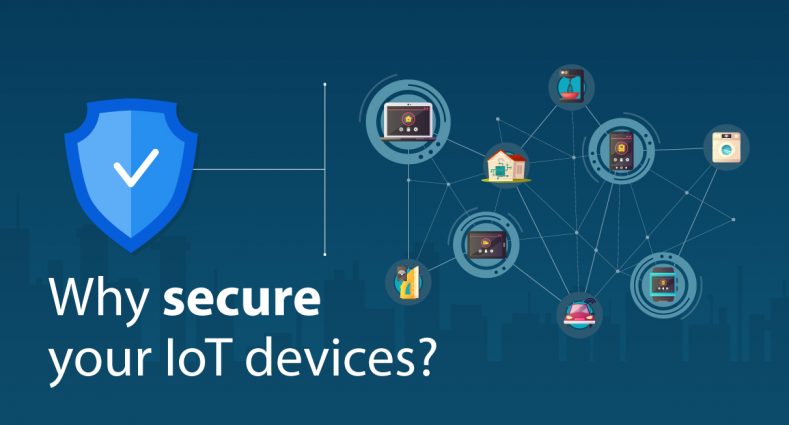 This blog describes one of the current disruptive technologies in the market, i.e. IoT (Internet of Things) devices. The Internet of things (IoT) is the Internet of connected physical devices, vehicles, appliances and everyday objects that can collect & share information without any intervention. Due to IoT devices, end users can easily manage their connected devices remotely.

Millions & billions of devices in the world are without Internet and are used in Hospitals, Offices, Agriculture, Transportation, Insurance, Home, Manufacturing, Cars, other industries. IoT involves converting these traditionally-not-connected-to-internet physical devices & everyday objects into internet connected smart digital devices. IoT support helps to monitor and control these devices remotely through internet and deliver a consistent & superior life experience to its end users.

IoT devices consist of smart devices that have sensors, embedded processors, hardware with capability to gather information and send it to some central location where the data can be stored, analyzed and processed and certain actions can be performed seamlessly on the device. Few organizations are going beyond this approach and building large Big Data Storage’s or Data Lakes which can collect enormous information from all internet connected devices. This data is further analyzed or processed to derive some trends or intelligence which can help other similar devices. This analysis is sent back to all the devices to ensure these devices become smarter each day in a continuous ongoing process. All these tasks are performed remotely without any local intervention by humans.

The future of IoT

Many organizations are including IoT as part of their digital transformations, enabling them to optimize existing operation cost, and excel at creating & pursuing exciting new business opportunities.

In short, all these reports indicate disruptive changes in the lives of human being as well as at organization levels. Many of the industries have already adapted to IoT and working on supporting & building solutions around it.

IoT devices are connected through the Internet, hence there are certain aspects related to Security & Data Privacy which need to be taken care of sooner or later. Due to rapid growth in IoT solutions, there is a lack of mechanism to safeguard these smart devices, end users & associated data privacy. General PC security solutions either will not run on IoT devices or will not help effectively.

Few incidents in past have already shown the world that remote hacks are possible.

Securing entire IoT device ecosystems is a challenging task due to the different devices & vendors involved. There are no security standards being defined – due to different nonstandard hardware being used for IoT Devices. There are no genuine external certification agencies / government regulations for IOT as of now. Few proactive security measures which can be implemented include:

The Federal Bureau of Investigation (FBI) has released an article on the risks associated with Internet- connected devices, commonly referred to as the Internet of Things (IoT). FBI warns that cyber threat actors can use unsecured IoT devices as proxies to anonymously pursue malicious cyber activities.

As our reliance on IoT becomes an important part of everyday life, being aware of the associated risks is a key part of keeping your information and devices secure. NCCIC encourages users and administrators to review the FBI article for more information and refer to the NCCIC Tip Securing the Internet of Things.

Quick Heal Home Security (QHHS) is a secure Wi-Fi router that ensures a safe internet browsing experience for Home users. It secures every internet-connected device in your home from cyber threats. These devices include Smart TV, CCTV, Game consoles, Smart Fridge, Wi-Fi connected ACs, and other such appliances or IoT devices. QHHS protects your home Wi-Fi network by adding an extra layer of security between your smart devices and threats on the Internet.

The best part is that considering all the security challenges faced by the IoT devices;  QHHS solves most of them without the user being disturbed; as QHHS acts as a secure doorway for all traffic (generated from IoT or non IoT devices) going to outside world, and thus protecting from frauds, vulnerabilities, exploitation and hijacking.

Please refer this web-page to get more details about the Product Offerings: https://www.quickheal.co.in/quick-heal-home-security/.

As IoT devices and its usage is growing each year, these devices need to be secured from advanced cyber-attacks & techniques using a secure router. In the IoT device ecosystem, it is most important that the IoT device itself must employ the required security layers to safeguard itself from the dangers of the outside world. As most of the devices are generally deployed outside the Secure Enterprise premises, device having self-protection becomes essential & critical part of the device security.

Security for these devices needs to be considered in its Architecture/Design, coding, testing phases to ensure a robust IoT device along with hardware capabilities, to detect any tampering with the physical device. These measures will ensure that all the complex & mission critical IoT devices are secure at each layer.

Sachin is versatile Project Manager at Quick Heal Technologies who leads teams to design & implement successful IT projects that align with business/IT...
Articles by Sachin Bobade »