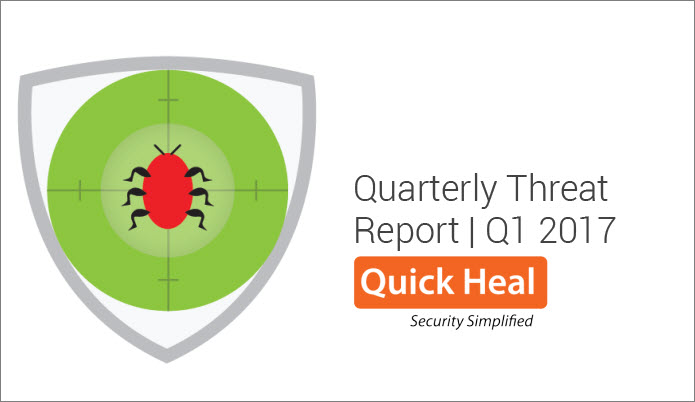 In Q1 2017, 295 million malware samples were detected on the systems of Quick Heal users. The Trojan horse malware family continues the tradition of having the highest detection of all, followed by infectors, worms, and adware. 10 new ransomware families were also detected in this quarter. A notable observation was made against a ransomware that uses NSIS installers (Nullsoft Scriptable Install System – is a professional open source system to create Windows installers) to evade antivirus software. In targeted attacks observed in Q1 2017, malware that made news included ‘EyePyramid’, a Dridex banking malware variant, and the Windows version of the infamous botnet Mirai. Speaking of the Android platform, Quick Heal Labs received over 2 million samples – an increase of 31% in comparison with Q1 2016. Third-party app stores were found to be most common source of malware in the top 10 Android malware list. Compared with Q1 2016, Q1 2017 registered a massive growth of 200% in the growth of Android ransomware.