The CVE-2015-8562 Vulnerability
The affected versions of Joomla were vulnerable because of improper input validation on the values of ‘X-Forwarded-For’ and ‘User-Agent’ HTTP headers. The attacker was able to inject malicious code into these headers resulting into remote code execution. The root cause of the vulnerability lies in handling of the browser session values where browser information was not validated properly while saving session values into the database.

Let’s take a look at the vulnerable Joomla code which is available in github. The below code snippets highlight the vulnerable code of handling the ‘X-Forwarded-For’ and ‘User-Agent’ HTTP header values.

As shown in figure 1, the value of ‘X-Forwarded-For’ header is set to a session parameter ‘session.client.forwarded’ which is not sanitized properly.

The same applies to the ‘User-Agent’ header.

As shown in figure 2, the value of ‘User-Agent’ header is set to a session parameter ‘session.client.browser’ which is again, not sanitized properly.

Due to the absence of input sanitization on both of these HTTP headers, the attacker sends a crafted request to Joomla servers with a malicious payload to carry out remote code execution.

Many exploits are available in the wild for this vulnerability.

Recent Threat Actors
We have recently observed the following IPs to be exploiting the CVE-2015-8562 vulnerability in the wild. The observed IPs have been reported to be carrying out malicious activities on various online malicious IP scanners such as www.abuseipdb.com. 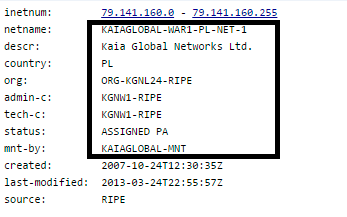 Quick Heal has released below the IPS detection for the CVE-2015-8562 vulnerability.

Conclusion
Although the high profile zero-day vulnerability was patched by Joomla four months back, attackers are still targeting the unpatched Joomla. We’d strongly recommend users to patch up their Joomla servers and also apply the latest security updates by Quick Heal.