In business enterprises across the world, more and more employees are now bringing their own devices and eliminating the preexisting borders between personal and professional lives. It is not uncommon now to see people working and responding to work emails while on the move and even while on vacation. To take things to a whole new evolutionary level, many offices are even abolishing the customary notion that an employee has to sit in a fixed spot every day. These nouveau offices allow employees to sit anywhere within a designated space which resembles a coffee shop more than a workplace. 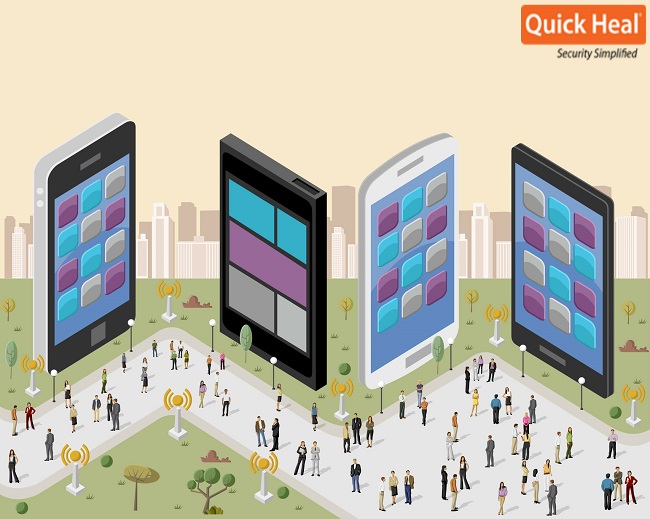 All this is possible thanks to the popularity of what is now commonly known as BYOD, or Bring Your Own Device. This refers to a set of policies that allows employees of an organization to bring their personally owned devices (such as smartphones, tablets or laptops) to the workplace and use these devices to access privileged and confidential information and applications that belong to the company. With the widespread adoption of smartphones and tablets across the world, this is a move that companies have had to make in order to appease their workforce, and they are now realizing that the potential to get more work done in this manner is vast. Moreover, it keeps employees happy as well, and this is a win-win situation for all.

With the immense proliferation of Android on smartphones and tablets all across the world now, Google is taking meaningful steps into the BYOD domain as well. Being the forward looking tech giant that it is, Google is now planning to make Android enterprise-ready by creating a system that separates work from play on Android enabled devices. Referred to as Android Work, this system aims to make the Android platform ideal for business needs.

Android Work is scheduled to be integrated with Android L, the latest version of the OS that is scheduled for a release later this year. Unveiled at Google I/O on June 25th, 2014, Android L will surely reach most major devices by the end of 2014 (An official dessert-based name and whether it will be termed Android 4.5 or Android 5.0 is still unknown). Some components of Android Work will also function as standalone apps on older Android versions, and here are some security centric features of the new enterprise oriented Android version to look forward to.

With a separate profile created specifically for work, Android users can utilize their devices without worrying about data or apps seeping into other aspects of their life. Specific enterprise data or apps can only be accessed by logging into a work profile. Moreover, apps that steal information cannot reach data that is integrated within the work profile. So an Android device effectively becomes as good as two devices – one for work and one for personal use.

Effortless and Effective IT Control

With a separate profile dedicated solely to work, IT management and control becomes easier. IT departments of organizations can exert their control and compliance policies without encroaching on the personal space of a user. As a result they can monitor, restrict and wipe data on the device and not interfere with the personal data at all. This would be highly useful when an employee leaves the organization or changes roles within the organization.

Separate profiles for work and personal use would only make sense on an Android device when the notifications and other settings features are accessible from a common unified place. This is something Android L achieves as all app notifications, incoming messages and emails, and other alerts are displayed in the same notification bar. Moreover, running apps and multitasking also shows all the apps, irrespective of the profile they belong to. This makes things convenient and hassle-free.

Another great feature of Android Work is the seamless deployment it offers. This feature allows companies to setup new devices within a few simple steps and configure a smartphone or a tablet with utmost ease. This cuts costs and also allows business apps to be distributed in single transactions. Business apps developed by Google and even company-owned, internally hosted apps can be deployed through the Google Play store seamlessly.

Along with Android Work, Google also intends to release a variety of developer tools integrated with Android L. A new app development interface will definitely aid enterprises in the long run as it will enable them to integrate their internally developed apps with the Android Work suite. Moreover, this will also prove beneficial to the overall security of the platform as enterprise developers will always keep device security, data confidentiality and user privacy at the forefront.

When Google themselves are creating such tools for Android users to balance their BYOD policies with their personal usage, you know that this phenomenon is not going to show any signs of slowing down anytime soon. But are these security policies that are integrated into Android Work enough? After all, how many people will actually embrace Android L as soon as it is launched?

The average life of a smartphone’s ownership is 2 years, so someone who has an older version of Android will take approximately that much time to get the newest version and enjoy the enterprise friendly features. And relying on OTA updates for older devices is not reliable as OEMs rarely offer these updates as they hurt sales. So the need for a business security suite for Android devices and other smartphones is clear and present. While Google’s steps are commendably in the right direction, the need for an independent security suite to achieve the same cannot be neglected any further.

How Vulnerable is your Small and Medium-sized Business? [UPDATED]