Android 5.0 aka Lollipop aka Android L is the new kid on the block, and it once more showcases Google’s ability to change the game. With the new Material Design UI, you will find that Android 5.0 is unlike any other Android version released so far. The new Nexus 9 tablet and upcoming Nexus 6 smartphone now come pre-installed with Lollipop and it is only a matter of weeks before we start seeing other devices running this version as well.

Along with all the other changes to UI, design, and functionality, an integral part of Android 5.0 is Google’s enhanced focus on security. There are several new features that Google has introduced this time around, and this focus shows us that Google too acknowledges the very real matter of security and privacy on Android smartphones around the world. Here are some of the notable Android Lollipop security features that Google now offers.

Earlier the encryption functionality could only be operated when needed. Not surprisingly, not many people knew about this feature or used it. But now Google has rectified that. All devices that run Android 5.0 will have the encryption turned on by default. This is a notable step that will help protect the data on devices in case of loss or theft. Default encryption blocks all the data on a smartphone if a remote attacker tries to steal it.

This feature has been created to secure Android devices by pairing them with other trusted devices such as other smartphones or wearables or even your car. Google hopes that this feature will replace the recommended, but not widely used, password or pattern lock on smartphones. Via this feature, the phone unlocks when it is in range of another Bluetooth or NFC enabled and paired device. This is especially useful for adopters of Android Wear and smartwatches. By pairing your Android with your watch, you can unlock it every time you take it out of your pocket and bring it closer to your watch. Of course, this is just one instance of using this, and there are many other ways in which this can be used as well. 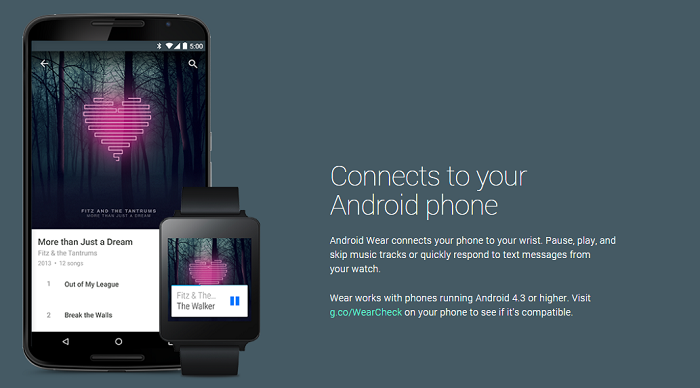 This is a feature that has been present on recent Android tablets, but has now become the norm for all Android 5.0 devices. Earlier, multiple user accounts could be operated on Android tablets. Now, Guest Mode allows someone to lend out their Android phone or tablet to someone and create a brand new guest account for them. For the guest, this creates an experience that looks like it is starting from a hard factory reset. Once a guest is done, all that information can be wiped easily.

With this feature, you can give someone access to your phone and only allow them to use the app you want them to use, by pinning that app to the screen. This can be a hugely popular feature for parents who can hand their phone to their kid and only grant them access to an app or a game that they want them to play and nothing else on the device.

Security Enhanced Linux is valid for all applications on a device and it provides enhanced protection against smartphone vulnerabilities and malware. This feature was initially developed by the NSA in 2000 so it is highly advanced and reliable when it comes to blocking external threats. Essentially, what this feature does is enforce a level of security and app isolation that nobody can bypass. This makes Android smartphones more resistant to malware and other dangers.

While these Android 5.0 security features from Google are commendable, they do not rectify all the prevalent security issues on the platform. We still highly recommend installing a premium Android security application, and you need not look further than Quick Heal Mobile Security. This product provides wholesome Android security and highly effective features that safeguard smartphones and tablets.

Thank u quick heal for providing such an information. Good work.

Quick heal is best for android. I surprised how it is being managed free by the company.

Thank you for your appreciation. At Quick Heal, our mission is to protect all Android devices across the world, and hence, we have kept no price tag on Quick Heal Mobile Security.

Quickheal mobile security installed in my Asus Zenfone4 is not able to update inspite of repeated attempts.Pl help.

There might be an issue with your Internet connection. Our Support Team can help you resolve this issue. Please contact them at 0-927-22-33-000.
You can also raise a query at https://www.quickheal.com/submitticket.asp. Our team will get back to you with a solution.

Quickheal is awesome… And thanks for info

Thanks for giving valuable info. And also for giving free quickheal mob. sequerity.

I like this article.but I want to know can I install on my laptop having android software bluestacks?

Bluestacks is a famous app for installing WhatsApp on your PC. However, WhatsApp is meant for smartphones and not for PCs. Bluestacks could potentially have compatibility issues on your PC. So we recommend that you visit the Bluestacks website itself and gain information from there as we cannot advocate this.

The article on Android 5.0 Lollypop is highly informative and great job in knowledge sharing. Thanx.

I am using Quick Heal anti virus soft ware in my laptop for the last 5 years and very happy with it.

kindly advise me on two things in respect of Quick Heal Mobile anti virus soft ware.
1. How much space of the memory will be occupied ?
2. Does the mobile speed get affected ?

Thank you for your appreciation. Quick Heal Mobile Security occupies a space of 12 MB. And installing it will not affect the speed of your mobile device.

This is very good software.

Quickheal is awesome…And thanks for information

AWESOME WORK QUICKHEAL THANKS FOR INFORMATION

Which is link to get 5 Android Lollipop Security app download?

Unfortunately, we cannot comment on whether you will be getting Android 5.0 on your device as of now. This is upto the Original Equipment Manufacturer or device maker of your phone. Ideally, manufacturers start rolling out OTA updates within a few weeks from release. There is no link you need to visit to download this software. You will receive a notification for updating once your OEM rolls this out.

THIS IS A REALY GOOD SOFTWARE.

Very good information.
I’m using 4.4 KitKat on my xolo hive . is it possible to upgrade to 5.0 lollypop ?
Thanks.

Unfortunately, we cannot comment on whether you will be getting Android 5.0 on your device as of now. This is upto the Original Equipment Manufacturer; in your case, Xolo. They should ideally start rolling out Over-the-air updates in the next few weeks.

thank you sir, for give me informastion

Since last 2008 to till date I am using quick heal antivirus all types of their software product but some time in critical virus related issue such as malware ,spyware I goes to use third party software which help me to solve lots of virus related issue immediately.
why there is no spyware scanner engine in quick heal I do not understand.
Otherwise the product of all are good.

Thank you for using our products. Quick Heal does an have anti-spyware technology inbuilt in it. If you can contact our Support Team, they will be happy to help you in this regard – 0-927-22-33-000

Sir,
I have MMX a210 (canvas4) , so would u able to say that when MMX provide KITKAT/LOLIPOP to their user.

You can keep track of such news on Google and even on the official website of your phone’s manufacturer.

It is very very use full android security and Quick heal nice apps.

I am using Quick heal mobile security for a long time .

all thanks to quick heal for providing the information..this is just an superb s/w

Sir when will be android 5.0 lollipop will be available for moto e .

An official date has been disclosed as yet. You can keep checking for it in Google News or other technology news sources.

Thanks a lot for such useful information.

thanx for this such type of knowledge.

Thankyou QuickHeAl for Providing such informations

How am i update my Android..

Whenever the update is released, you will be duly informed and then you can update your Android. You can also check for any updates by going to Settings >> About Phone >> System Updates