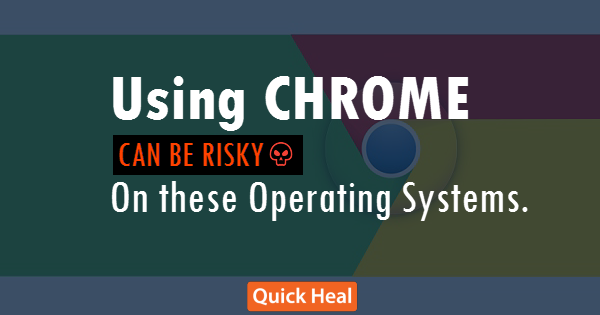 In a recent entry on the Google Chrome blog, it was announced that the below mentioned operating systems will not receive updates and security fixes beyond April 2016:

They then encourage users of these operating systems to move to other platforms which will continue to receive updates in the future.

What this means for users of Google Chrome

Web browsers regularly receive updates and security patches to protect users against several online threats such as phishing, adware, Malvertising and more. However, once a browser stops receiving updates, user security and privacy becomes more vulnerable and visible to cyber-attackers.

This will enable users to stay protected against security vulnerabilities, and also receive proactive defense against various malware and virus types. If you are using an old machine that came with these operating systems pre-installed, it may be time to get a new machine then. Simply put, new hardware costs far less than the price of losing precious data or having your online security compromised.